Why the Child's Rights Act still doesn't apply throughout Nigeria 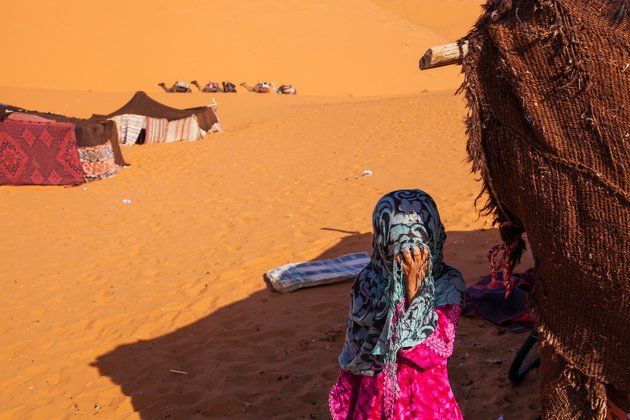 Nigeria adopted the Child's Rights Act in 2003, giving legal consent to both the United Nations Convention on the Rights of the Child and the African Charter on the Rights and Welfare of the Child. The country's constitution states that for an international law to take effect, Nigeria's legislature must create a national version.

But as Nigeria operates a federal system of government, the law does not automatically become applicable in all of its 36 states. In terms of the constitution, children's issues are the preserve of the constituent states. Each state legislature must make the national law applicable within its territory. And only 25 of the 36 states in Nigeria have localised the Child's Rights Act.

Currently, 11 states, all in northern Nigeria, have yet to domesticate the Child's Rights Act. There are no records of discussions or debates about the Act in these state legislatures. It has been argued that other laws, including the constitution, are able to protect children. But children in those states are still subject to practices like early marriage, female genital mutilation and begging.

Why the law hasn't been adopted fully

Apart from the federal structure of Nigeria's government, there are other reasons the Child's Rights Act hasn't been adopted by all states. Chief of them is religion, coupled with ethnic and cultural diversity. The dominant religions in Nigeria are Christianity and Islam, with a significant population being adherents of traditional African religions.

It may be simplistic to describe Nigeria as comprising "a Muslim North" and "a Christian South". These are significant numbers of Christians in the north and Muslims in the south. But Islam does dominate in the north, in comparison to the south.

And the Supreme Council for Shariah in Nigeria, along with some legislators from the north, characterised the Child's Rights Act as anti-culture, anti-tradition and anti-religion. Some of the contentious issues include the definition of the child (a person below 18 years) as it pertains to child marriage, particularly for girls.

Child marriage is a prevalent practice in parts of the north. Children about the age of 10 or 12 years get betrothed or married off. While the Child's Rights Act prohibits child betrothal and child marriage, there are other operational laws that make exceptions.

The basis for this is that in Islam, puberty is a determining factor in a (girl) child's readiness for marriage. Fixing 18 years as the minimum age does not fit the doctrine.

Other religious concerns against the acceptance of the Child's Rights Act include children's right to freedom of religion, differences in the inheritance rights of male and female children, and the Shariah's prohibition of adoption, in favour of kafalah, which distinguishes between biological and non-biological children.

By ratifying the Child's Rights Convention and African Children's Charter, the Nigerian government has the overall responsibility for ensuring these are implemented in a uniform and coherent manner. The government also took on the responsibility of discouraging religious, cultural, customary or traditional practices that are inconsistent with the Charter.

Yet, at the most basic level, the government is failing to live up to this obligation. Children, a most vulnerable group on account of physical and mental immaturity, bear the brunt of this inaction. They are being denied the full protection of the law. And the consequences for many children, besides child marriage and its health and other consequences, include negative impacts on their education and overall development.

With regard to education for example, the socio-cultural Almajiri system remains prevalent in the north. The practice allows children, usually from poor homes, to be sent to "Islamic boarding schools" for religious education. Many, however, end up on the streets as child beggars, seeking alms and menial jobs for daily survival.

Successive governments have failed to incorporate it as part of the formal school system, leaving children exposed to harmful practices and abuses prohibited by the Convention on the Rights of the Child, the African Children's Charter and the Child's Rights Act. In Nigeria, recruitment of these child beggars by terrorist organisations such as Boko Haram is a real threat or option.

The Child's Rights Act and the African Children's Charter define a child as a person below 18 years. But various laws in Nigeria define children differently and for various purposes. The government needs to take the lead in harmonising the various definitions in conformity with these international and regional laws.

A constitutional amendment would ensure unification across the nation. It should leave no loopholes for contradictory laws, particularly at the state and local levels or based on religion or customs. But a constitutional amendment is a herculean task, hampered by some of the obstacles facing the Child's Rights Act. It should consider the multi-cultural and multi-religious nature of Nigerian society but focus on the best interest of all children.

While the constitution does not expressly declare Nigeria to be a secular state, a harmonious approach to law making that does not vilify religion is in the best interests of the child. Religious and traditional leaders are "gatekeepers" who cannot be jettisoned. Negotiations with them should not devalue their religion, but get them to become drivers of change for the benefit of children.

The importance of public education campaigns about the issues cannot be overemphasised. The voices of children must also be amplified. Increasingly, examples from the world over show that the power to cause real change begins with the populace. In other words, political will can be secured via a bottom-up rather than top-down approach.

States that have domesticated the Child's Rights Act also have a role to play in challenging the remaining 11 states to do the same. They can do this by showing concrete evidence of the change in the lives of children in those states.

There is no strong case to be made for domestication if it has not translated into fulfilled rights for children. For example, female genital mutilation, a prohibited harmful traditional practice, is still common in parts of southern Nigeria.

Ultimately, where children are concerned, all actions must be in their best interests. The first step in that regard is applying the Child's Rights Act across the country. 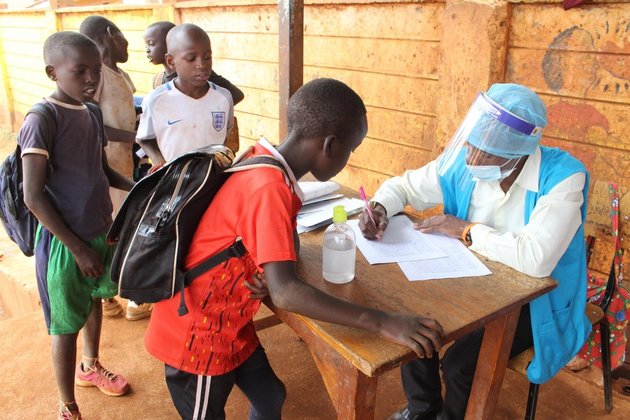 A health worker records a child's information during a mass testing exercise in Kangemi, Nairobi, capital of Kenya, Oct. 17, ... 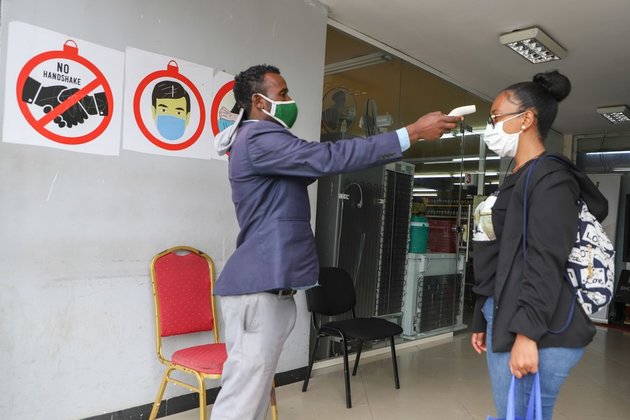 A guard checks a customer's temperature at a shopping mall in Addis Ababa, capital of Ethiopia, on Aug.27, 2020. (Xinhua/Michael ... 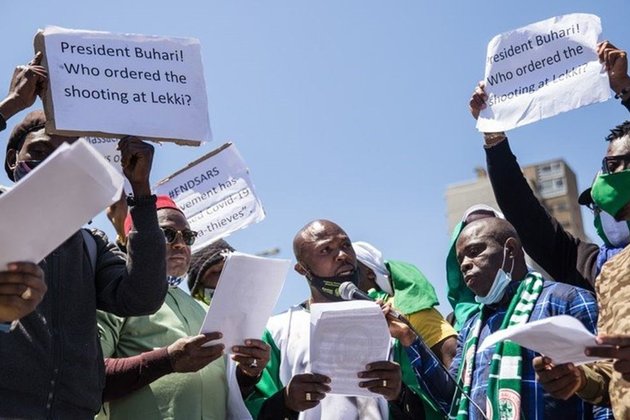 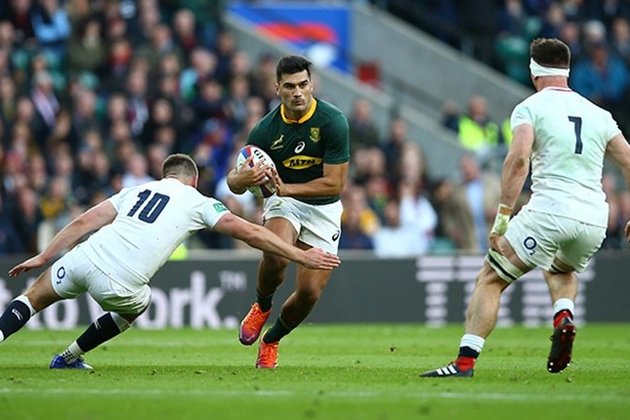 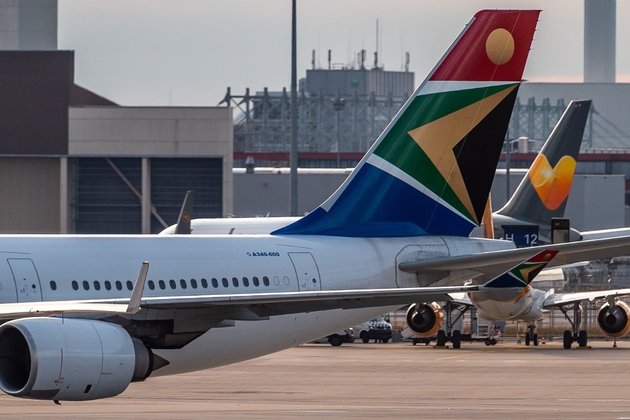