Ramaphosa arrives in Maputo for SADC meeting on Mozambique 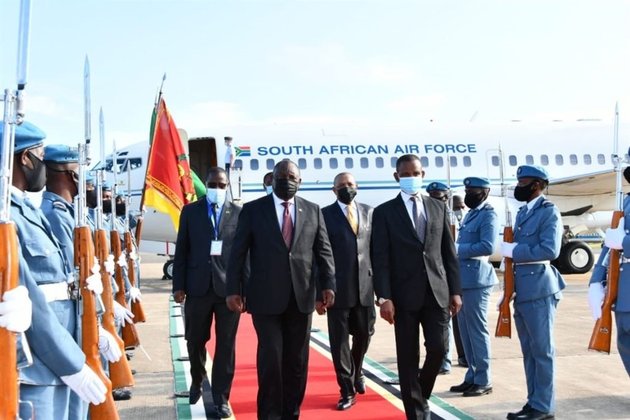 President Cyril Ramaphosa has arrived in Maputo ahead of a regional meeting on the attack by insurgents in Mozambique's northern Cabo Delgado province.

News24 understands the possibility of military intervention from the region was discussed, but a lack of money could make this difficult.

Botswana's International Affairs Minister Lems Kwape told the meeting on Wednesday "no member state can or should face terrorist threats on its own" and urged the SADC region "to stand firm and united in a show of solidarity to our sister country".