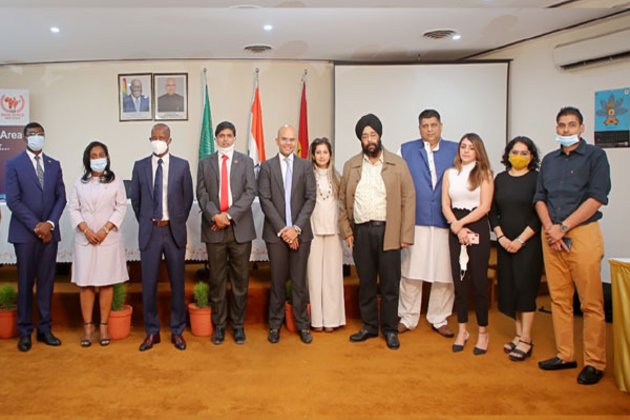 New Delhi [India], June 18 (ANI/SRV Media): The AfCFTA (African Continental Free Trade Area) was launched in New Delhi at the Ghana Embassy with a lot of active commitment from Indian companies to enter Africa and take advantage of the AfCFTA.

AfCFTA is the biggest free trade agreement in the World since the World Trade Organization was created in the 1990s. When implemented, the AfCFTA is on a mission to increase intra-African trade by 52.3 percent.

Higher trade levels can facilitate economic growth for Indian companies and transform domestic economies. The Indian office of AfCFTA in New Delhi will support the African efforts in elevating the potential impact it will create on India-Africa trade and bilateral investments.

"The vision of Indian leadership of Atmanirbhar Bharat and the African "collective self-reliance" has long been an integral component attempted by African leaders and policymakers, to find Indo Africa-driven solutions to African problems in trade and commerce," said Varun Jain, the Chairman of the India Africa Trade Council (IATC) committee for AfCFTA. The event was held at the Embassy of Ghana in New Delhi in the presence of Ambassador of Ethiopia, HE Dr. Tizita Mulugeta, High Commissioner of Botswana, HE Gilbert Shimane Mangole, President of the Indian Economic Trade Organization, Dr. Asif Iqbal, CDA of Ghana Embassy and other African diplomats in the launch of the AfCFTA.

Indian trade will help all the African countries who have embraced the notion of "regionalism" and "regional integration" as part of their broader aspirations towards continental integration with this Agreement. Over the years, various pan-African organizations have been working towards deepening economic, social, and political integration in Africa. The AfCFTA is an attempt by the African governments to "unlock Africa's tremendous potential" to deliver prosperity to all Africans, and Indian companies can play a huge role especially post COVID-19 recovery. By 2030, the African market size is expected to reach 1.7 billion people, with a combined and cumulative consumer and business spending of US$6.7 trillion.

The AfCFTA aims to expand intra-African trade through better harmonization and coordination of trade liberalization and facilitation regimes and instruments across subregions (RECs) and at the continental level.

As part of the agreement, countries have committed to removing tariffs on 90 percent of goods with the remaining 10 percent of items to be phased at a later stage.

"An increase in Indo-African trade will drive the structural transformation of economies from low productivity and labor-intensive activities to higher productivity and skills intensive industrial and service activities where India with its rich human potential can contribute to a great extent," said Dr. Asif Iqbal who also returned from Zimbabwe after a successful Indian business delegation.

At present, manufacturing represents only about 10 percent of the total GDP in Africa, on average, lagging behind other developing nations. Given the AfCFTA's enormous market size of 1.2 billion people and over $3.4 trillion of cumulative GDP", if implemented properly, the AfCFTA could reduce this gap by increasinggrowth in the manufacturing sector and its value-added products.

The Chairman Varun Jain will lead a big business delegation to the African Nations post Covid19 to enlarge the potential of benefits to help India Africa Trade relationships and strengthen the commitment of the vision and mission of the Government of India.

This story is provided by SRV Media. ANI will not be responsible in any way for the content of this article. (ANI/SRV Media)