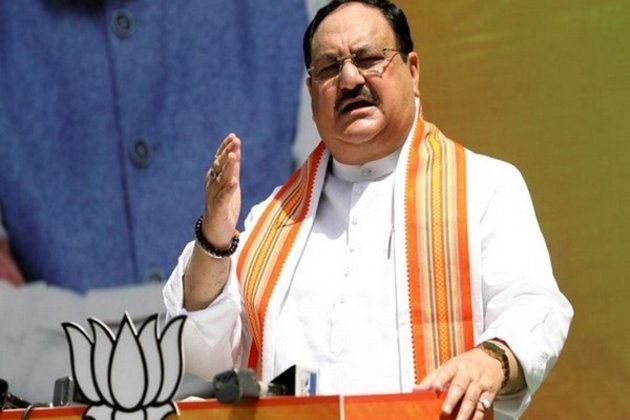 By Pragya KaushikaNew Delhi [India], June 18 (ANI): Bharatiya Janata Party chief JP Nadda on Friday addressed the party's Members of Parliament and party workers and urged them to expose the opposition's plan to derail attempts to contain COVID-19 in the country.

While lauding the work done under the leadership of Prime Minister Narendra Modi to fight the pandemic, Nadda lashed out at the opposition for derailing steps taken by the Centre to defeat COVID-19.

"A big conspiracy was hatched against vaccination drive and war over pandemic. The opposition played politics. Why lockdown? Why no lockdown? Now the issue of calf serum in vaccine and suspicion on the vaccine," he said.

He also targeted opposition leaders for trying to derail the vaccination process. "On vaccination, Mamata Banerjee and Arvind Kejriwal said they want to buy vaccines themselves. PM Modi decentralised it. However, it was centralised again after the failure of states. People need to be told that we were serving people whereas opposition was derailing the process," said Nadda.

Giving vaccines is the Centre's task whereas to waste vaccines was the state's task. They dumped the vaccine, he alleged.

"Manish Tewari and Shashi Tharoor promoted hesitancy and said we aren't rats and guinea pigs. Society was made to fear the vaccination process," stated Nadda.

"State governments were unsuccessful in following what was told to them and advisories sent to them, they were not alert enough," he further added.

The BJP chief, who addressed party leaders virtually, urged the party MPs to go amongst people and tell them how opposition played politics to ensure that the COVID vaccination drive isn't successful and that attempts to provide relief to people are thwarted.

Nadda also praised the MPs for serving people when leaders and workers from other political parties were not even seen among people.

"They are not coming out of quarantine yet and are doing politics only on Twitter. When everyone was spreading negativity, PM Modi launched a vaccination programme," said Nadda.

The BJP chief said that during the Second wave, from January to March, India used to get 20,000 COVID cases every day.

"When state governments were callous in their approach in tackling coronavirus, 17 advisories from the Centre were sent to every State. On March 17, PM Modi, at CM's conference, addressed and told them that containment zones should be made and test and trace should be promoted," stated Nadda.

He said that he would like to tell that when the government was making vaccines, opposition leaders were creating hurdles.

"Listen to the Netas and their statements they misled people, Shashi Tharoor or Gyani Netas like Manish Tewari. People won't forgive them. These people were issuing statements on Twitter. Apart from Covaxin and Covishield now we will have SputnikV as well. Bharat biotech was asked to increase its capacity," said Nadda.

He informed that PM Modi did not take the vaccine first and followed WHO protocol of giving vaccine for frontline workers. He took it when in the second phase it was given to those above 60 years.

Nadda gave detailed accounts of what the Centre did and what the State government did during COVI.

From April 4 to May 29, PM Modi took 19 periodical meetings with various stakeholders.

The BJP chief said that PM Modi followed federalism principles and as a guardian, he made aware of challenges states can face.

"India is federal in nature and not an easy task to get the schemes to the ground and yet cooperative federalism is helping us vaccinate people and this is the reason why foreign countries should not be compared with India," added Nadda.

Nadda stated that state governments were unsuccessful in following what was told to them and advisories sent to them, they were not alert enough.

He also gave details of welfare measures under the PM Cares Fund.

He briefed that party leader about the increased oxygen capacity of the country.

"From 900 metric tonnes oxygen capacity was increased to 9400 metric tonnes in a week's time. Oxygen tankers, trains were arranged. We should know that Liquid Medical Oxygen was sent to designated places. We never knew we would need so much oxygen. 1800 sorties were done by Air Force. Navy from foreign land brought in containers. 1500 PSA plants are being established. I urge MPs to ensure that district hospital should get PSA plants. Cryogenic tanks too have been increased," added Nadda.

He said that Remdisivir production was increased.

Nadda gave details of the vaccination drive on how the government is sure of administering both doses to 130 crore Indians by year-end. (ANI)