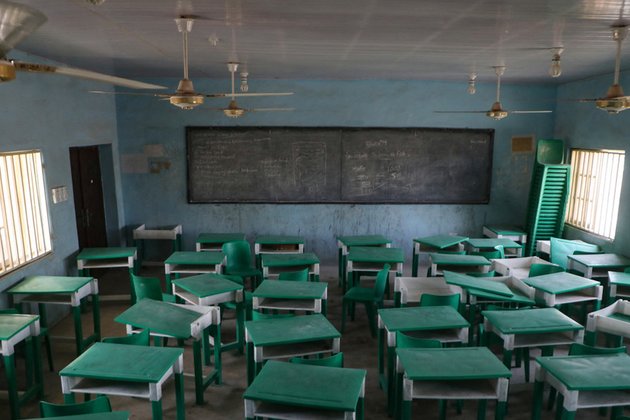 A teacher has revealed that armed attackers abducted over 80 students and five teachers in an attack on a north-western Nigerian boarding school on Thursday that left one police officer dead and a student injured.

A witness to the barbaric attack, Usman Aliyu, a teacher at the Federal Government College in Birnin Yauri, recounted the tragic sequence of events.

A spokesman for the police in Kebbi state, Nafiu Abubakar, disclosed that the assailants shot a student who is currently being treated for their injuries in hospital.

At present, the location of the abducted students and teachers is unknown, but the province's security forces have searched the local forests for any traces of them.

The kidnapping of students is seen as very profitable for criminal gangs because the government is often willing to negotiate for their safe return by paying a ransom.

As school abductions garner a lot of publicity both domestically and internationally, the criminal gangs can demand more money, meaning that the rate of child abductions in Nigeria is very high.

President Muhammadu Buhari took to Twitter in February to call for an alternative way to tackle the issue. He criticized state and local governments for often giving lump sums and vehicles to kidnappers to get abducted people back, which only further incentivizes the criminals.

This attack on the Kebbi province school is the second school abduction in Nigeria in recent days. Over 800 students have been abducted since December 2020, and only some have been freed.

It is not just criminals who engage in kidnap and ransom, terrorist groups, such as Boko Haram, often kidnap female students. One of the most notable attacks carried out by the terrorist organization was the abduction of nearly 300 schoolgirls in Chibok, northeast Nigeria in 2014.