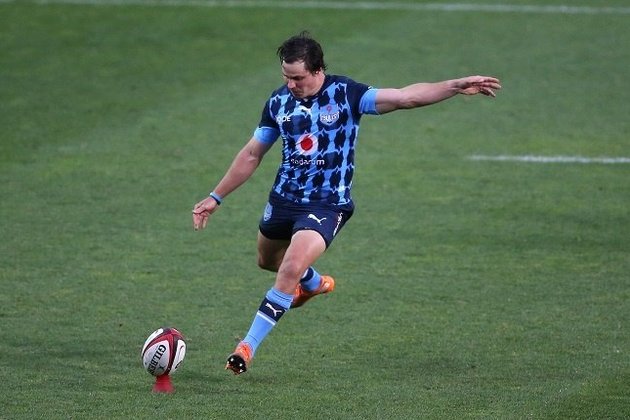 With a few players missing due to national call-ups, White has made three changes to the starting line-up which beat the Sharks 34-22 in Durban last week.

Chris Smith starts at flyhalf in the absence Morne Steyn, Nizaam Carr is at openside flank with Marco van Staden also at the Boks and Jan Uys slots in at lock with Janko Swanepoel dropping to the bench.

The remainder of the backline is unchanged with the electric trio of outside backs, David Kriel, Madosh Thambwe and Stravino Jacobs, looking to continue expressing themselves.

The midfield duo of in-form Cornal Hendricks and Marco Jansen van Vuren resume their solid partnership, while Springbok scrumhalf Ivan van Zyl will run out in his last match for the Bulls before joining Saracens in England.

With only two changes made up front, White will expect the same consistency the team enjoyed last weekend.

Inspirational captain Marcell Coetzee once again leads from the back of the scrum, with Carr and Ruan Nortje rounding up the loose trio.

Uys gets his first run-on start for the competition and is partnered by Walt Steenkamp in the second row. Mornay Smith, Johan Grobbelaar and Gerhard Steenekamp are rewarded for a great season by retaining their front row spots.

On the bench, Springbok prop Lizo Gqoboka returns, along with scrumhalf Zak Burger.

"Even though it's such a huge honour to be part of this historic game, we must remember that we are here on a mission... a mission to return to South Africa with the Rainbow Cup," White said.

"I've asked the boys to enjoy every moment of this experience, as they have worked really hard and been committed to our goals. Being in this final is the first part of their reward, lifting the trophy will be their ultimate reward. Benetton is a great team, and have been in amazing form this season and it is a privilege going up against them in the final."

Benetton, the Italian outfit, are the only unbeaten side across both sections of the competition, a stunning turnaround after their winless 2020-21 PRO14 campaign.

The Bulls finished eight points clear at the top of the Rainbow Cup SA standings after losing only one of their six fixtures.

This is the Bulls first trip to Italy and the two sides have never met before.