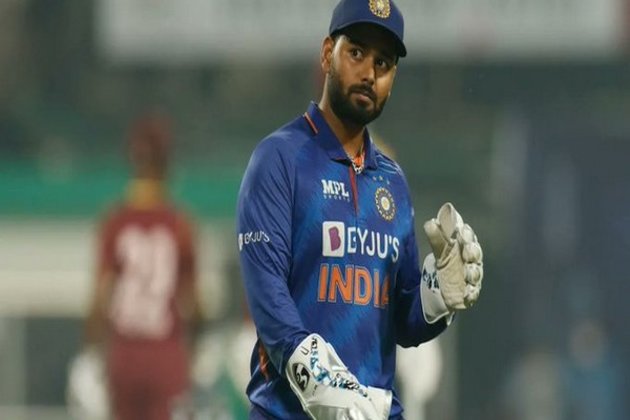 Bengaluru (Karnataka) [India], June 20 (ANI): After the fifth and final T20I against South Africa got abandoned due to rain, India skipper Rishabh Pant said that he will be looking forward to contributing more with the bat in the upcoming Test match against England.

With the match getting abandoned, the series stays level at 2-2 and will be shared by both sides.

"There are a lot of positives. The way the team showed character from 0-2 down was a huge positive. We are in a nice spot as we are finding different ways to win the game. I can only think about giving my 100 per cent as a player and captain. It is for you guys to decide on how I am doing as a player and captain, I can only focus on giving my 100 per cent every time I go on the field and keep improving," said Pant after the match got abandoned.

"This is the first time I have lost so many tosses, but it is not in my control. We will be keen to win the Test we are going to play in England and from a personal point of view I am keen to contribute more to the team with the bat," he added.

Team India and England will be facing each other for the fifth Test on July 1, which earlier got abandoned in 2021 due to COVID-19. Following that, both the teams will also play three ODIs and three T20Is.

Put to bat first by South Africa, India was off to a bad start. Under the first four overs openers, Ishan Kishan and Ruturaj Gaikwad were back in the hut after scoring 15 and 10 runs respectively. Proteas bowler Lungi Ngidi gave a big blow to the Men in Blue as he dismissed both the openers under the powerplay.

Notably, in the 4th match of the series, India defeated the Proteas by 82 runs to level the series. Put to bat first, India posted 169/6 in their 20 overs, largely powered by the efforts of Dinesh Karthik (55) and vice-captain Hardik Pandya (46). In reply, SA was bundled out for just 87. Avesh Khan was the star for Men in Blue with the ball, taking 4/18.

India will now be squaring off against Ireland for a two-match T20I series on June 26 and June 28 in Dublin. (ANI)

14 ft. crocodile captured by man in Indonesia, returned to nature

SULAWESI, Indonesia: Using just a rope, an Indonesian man, supported by fellow villagers on the island of Sulawesi, captured a ...

WATFORD, UK: Watford F.C. has cancelled a friendly match against the Qatar national team due to the Gulf country's human ...

Hit sitcom's co-creator Marta Kauffman has pledged $4 million to an African studies program as penanceWracked with guilt over the ...

?Friends? co-creator Marta Kauffman has pledged $4 million to an African studies program as penanceWracked with guilt over the hit ...

Carlos Ortiz leads after first round in LIV's U.S. debut

Mexico's Carlos Ortiz fired a 5-under-par 67 to take the first-round lede of the LIV Golf Invitational Portland on Thursday ...

J.T. Poston used an eagle and seven birdies to fire a 9-under-par 62 on Thursday and take the first-round lead ...

Seven Killed in Sudan as Protesters Rally on Uprising Anniversary

KHARTOUM, Sudan - Seven protesters were shot to death in Sudan on Thursday, medics said, as large crowds took to ...

CHIFRA, ETHIOPIA - The battles between Ethiopian government-aligned troops and Tigrayan forces may have stopped, but herders in western Afar ...