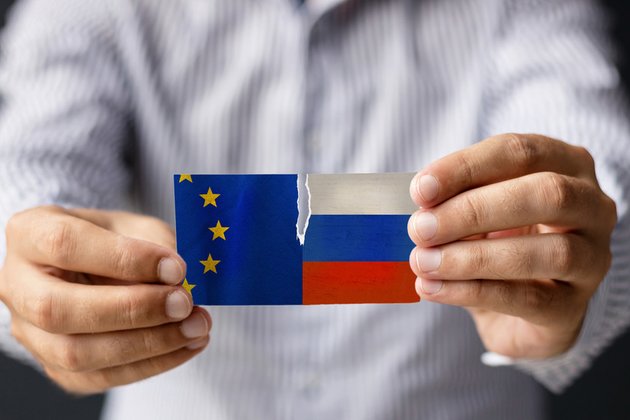 A potential new round of EU sanctions on Moscow, the eighth so far, may include legislation on a price cap for Russian oil and target the country's tech sector, the Financial Times reported on Friday, citing sources.

According to the report, the package may also include more Russian individuals.

The new set of sanctions is expected to be formally proposed after European Commission officials discuss the measures with EU member states in the coming days.

However, the paper notes that there is some dissent on the nature and harshness of the proposal within the bloc. Poland and the Baltic states are demanding a tougher stance against Russia and are reportedly calling for more Russian banks to be disconnected from the SWIFT interbank payments system. They also want a ban on diamond imports and to restrict Russian and Belarusian IT services.

However, Hungary may be opposed to any new measures. Prime Minister Viktor Orban has already called for all existing EU sanctions to be scrapped.

European officials interviewed by the FT also indicated that any agreement on the proposals would be difficult to reach and more time was needed to work things out. All EU member states must approve the sanctions unanimously in order for them to be implemented.

European Commission President Ursula von der Leyen said on Wednesday that new restrictions are needed in response to Moscow's decision to start partial mobilization and to hold referendums in parts of Ukraine on uniting with Russia.