How the tech giants are innovating to weather the looming downturn 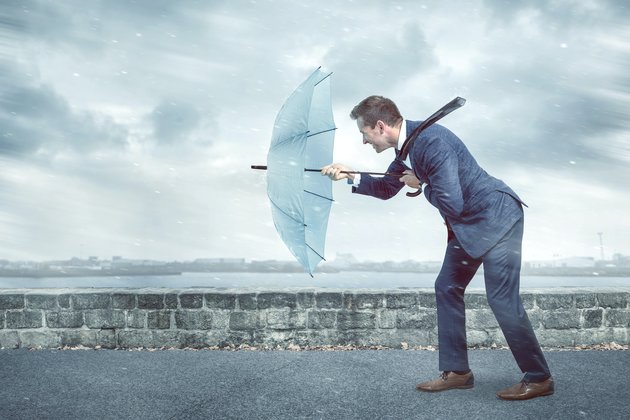 Rising inflation and looming recessions are squeezing household finances, but businesses also worry about an economic downturn. This is not just because of higher bills, but also because consumers spend less and finance from banks and investors dries up when the economy worsens.

Even strong industries such as technology feel these effects. With the Standard & Poor's 500 stock market index down 17% in the year to date, and the Nasdaq 100 tech sector index down 33%, market uncertainties can affect a company's ability or willingness to spend on the type of innovation that can help build strength in advance of the next downturn.

But research into business recoveries following previous financial crises shows that some companies do increase investment in innovation to survive. This makes them more resilient in the face of future downturns.

JP Morgan Chase, the largest bank in America by assets, for example, did relatively well during the last financial crisis. This was partially due to its diversification efforts. It emerged from the 2008 crisis with a "fortress balance sheet" and an improved position versus other banks, which has helped it navigate the more recent global pandemic.

Businesses in sectors such as tech and finance are now attempting to weather the current slump by protecting their businesses with similar strategies. This route has also been proven effective by other studies, which demonstrate that innovative companies achieved higher sales growth rates than non-innovative companies during past recessions. And that is a key determinant for success especially in the long run.

Still, justifying spending on future growth is difficult when times are tough. Recent months have brought job losses, recruitment freezes and delayed plans for tech startups to list themselves on stock exchanges.

And yet, some companies are maintaining stronger growth prospects than others. Microsoft expects its revenue and operating income to increase at a double-digit pace over the next 12 months.

Its efforts to prepare for this recession started well before 2022. The company's focus on newer areas such as cloud computing in recent years is now helping it to manage the impact of factory shutdowns in China and falling demand for PCs that have inevitably hit sales of the Windows operating system software.

Instead, Microsoft is now signing larger deals for its Azure cloud-computing software, moving clients to pricier versions of Office cloud programmes and has switched to a subscription-based model for its software products and services versus its previous one-time buy offering.

What Microsoft has recognised is that cloud computing, along with other deep technological trends such as Web3 - the next generation of the internet - , artificial intelligence and machine learning are here to stay. Being the first to build new capabilities in these areas provides an important long-term advantage in many industries.

Also, the success of tech companies with a single offering has reversed in 2022. From the beginning of 2020 to the end of 2021, many single-idea businesses saw a boost from people being stuck at home for work and play - think remote cycling app Peloton, Zoom, Netflix and trading platform Robinhood.

In the current economic environment, however, investors expect businesses to generate a healthy cash flow and are no longer willing to lavish highly valued companies - known as unicorns in the tech world - with unending capital. This means companies may need to find other ways to pay for expansion and diversification during difficult times.

The companies that are ready for the future are the ones that can deliver immediately while also building their next new, innovative product or service. Recent research has shown businesses that are more resilient anticipate, cope with and then adapt to new circumstances.

At the International Institute for Management Development (IMD) in Switzerland, I am part of a group of researchers who have developed an index to rank companies on this ability to adapt and become "future ready".

We use a score based on data from 24 variables grouped across seven factors: financial fundamentals, investors' expectations of future growth, business diversity, employee diversity and environmental, social and governance awareness , research and development, early results of innovation efforts, and cash and debt positions. This research shows that future ready companies, whether in finance, technology or some other sectors, exhibit very similar traits.

Financial technology companies (fintech) - start-ups that aim to disrupt industries like financial services - were a darling during the pandemic. PayPal and Block (formerly Square) topped our ranking in the financial service industry in 2021. But this year, they have been replaced at the top by several more traditional industry titans, including financial firms JPMorgan Chase and DBS Bank of Singapore.

As fintech companies have increasingly attempted to bypass traditional financial services providers with digital services, these companies have started to expand their businesses digitally. DBS has developed a marketplaces for selling cars, renting property and getting deals on electricity, mobile, and broadband services. The bank's latest quarterly earnings remained robust despite weak markets and were its second-highest on record.

Still, growth did not happen across all business segments for DBS in 2022. It's income from areas such as wealth management and investment banking decreased because these markets are slowing down. However, income from consumer lending, insurance and card fees grew. This shows how a diverse business can remain resilient in today's business environment.

Amazon is also diversifying into yet another new business, despite current economic uncertainty. It recently announced it has agreed to buy primary healthcare firm One Medical for US$3.9 billion (Pound 3.2 billion). One Medical is a membership-based primary care provider that operates in 16 US markets.

This is not the first time Amazon has dabbled in healthcare. It teamed up with JPMorgan and Berkshire Hathaway four years ago to create Haven, which aimed to provide better healthcare and lower costs for their combined 1.2 million workers. That didn't work out and was folded in 2021.

Amazon's other activities in this area include PillPack, an online pharmacy purchased in 2018 for $753 million, and the creation of an in-house telemedicine service for its employees, called Amazon Care. Its latest foray with One Medical is a great example of the long and winding road of trial and error that a company often takes before hitting the jackpot of both making itself more resilient, while also disrupting a US$4 trillion market.

The former CEO of Intel, Andy Grove, wrote in reference to the first dot-com bubble: "We know that a downturn is no time to shy away from strategic spending ... There is always too much of yesterday's technology and never enough of tomorrow's ... Consequently, during this downturn, we did what may seem counterintuitive: we accelerated our capital investments."

This is how companies invest their way out of downturns. And it's why these companies often manage to emerge from a crisis stronger than ever.