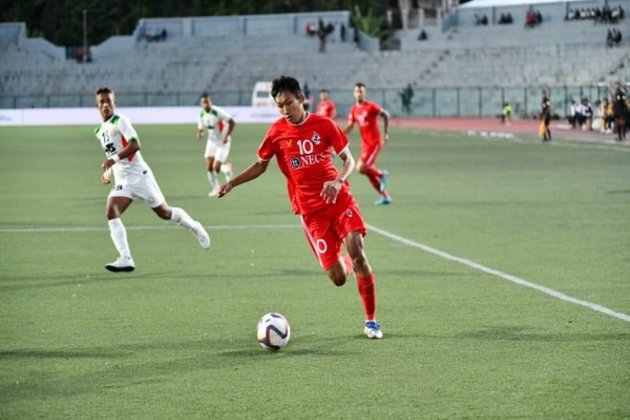 Aizawl (Mizoram) [India], November 21 (ANI): It's a battle between two winless sides in the ongoing season till date as Aizawl FC host Sudeva Delhi FC at the Rajiv Gandhi Stadium in Aizawl on November 21, 2022.

This will be Aizawl's third successive home game. They have a solitary point in two matches so far, with a 1-1 draw against TRAU, followed by a narrow 0-1 loss to champions Gokulam Kerala on Friday.

The People's Club saw plenty of the ball throughout their clash against Gokulam but lacked the cutting edge in the final third. A late winner for the visitors capped off a frustrating afternoon for head coach Standly Rozario, who thought his side deserved something from the contest.

"Scoring is a big concern for us. We could've won both our matches by big margins, but we missed many chances. We dominated the first half against Gokulam. In the second half, they got one chance, which they converted and proved why they are the champions," I-League quoted Rozario as saying.

"However, both results are in the past now and we're concentrating on the next match. Sudeva have lost their last two games, so they will come out stronger against us," he added.

Sudeva Delhi are yet to get off the mark this season. The capital side lost 1-2 at home to Mumbai Kenkre before going down 0-1 to NEROCA in Imphal on Friday.

Head coach Atsushi Nakamura has gone back to the drawing board in search of quick changes. "There's very little time between games. I want to take a look at the things we want to improve on the pitch. I've talked to the players and we are going to correct a few things," said the Japanese.

Nakamura knows that it's going to be a tough away day for his side. "Aizawl may have lost their last game but they are a strong team. I respect them. But we'll give our 100 percent," he concluded.

Sudeva Delhi have recruited Nigerian striker Felix Chidi Odili, who played two seasons in the Hero I-League for NEROCA between 2017 and 2019. The Nigerian spoke about his experience with Sudeva so far after a tough start to the campaign.

"I came here not long ago. I see a very young and vibrant team with a big future. The experienced players are here to teach them what to do. Let's see with time. It's going to get better for sure," said an optimistic Odili.

As far as personal targets are concerned, the 32-year-old fancies bettering his tally of eight goals for NEROCA in the 2018-19 season. "As a player, you always have targets. Mine is to break my previous record in the I-League. I'm working towards it and I hope God helps me get there," said Odili. (ANI)