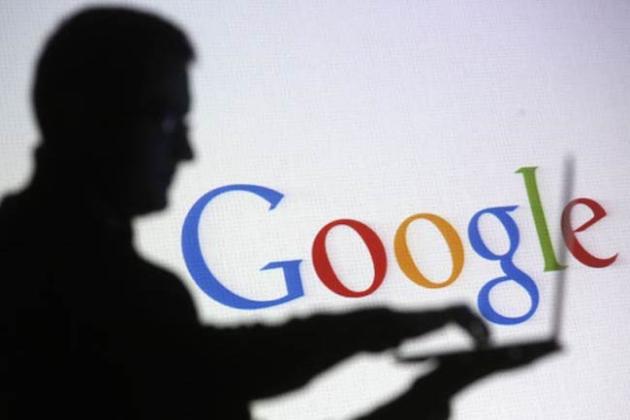 Alphabet, the parent company of Google, has announced it will lay off about 6 percent of its global workforce. Google CEO Sundar Pichai sent his employees a letter warning of imminent layoffs and saying how "deeply sorry" he was. He offered for workers to "feel free to work from home" for the day in order to process the tough news that about 12,000 of them would soon lose their jobs.

This was roughly the same number of new employees that Alphabet lured to join its workforce last quarter. According to Investor's Business Daily, the company "added 12,765 employees, which was above Wall Street estimates."

Pichai was frank about why he had to fire so many people. He admitted in his letter that the company had a "huge opportunity" thanks in part to Google's "early investments in AI," and that to "fully capture" this opportunity, he would "need to make tough choices" such as cutting 12,000 jobs. Surely his laid-off employees could understand?

Wall Street thanked Pichai for his ruthlessness, with CNBC reporting that "Google shares were up more than 5 percent in early trading after the news" of layoffs.

It's a familiar story elsewhere in the technology industry-once considered the most lucrative sector for secure and well-paid employment. Microsoft plans to cut 10,000 jobs. Amazon will ax more than 18,000 workers. Meta, Facebook's parent company, fired 11,000 workers last November. And, Twitter will be firing even more workers than the number initially laid off when Elon Musk first took over the company in 2022.

In response, stock values are rising. Wedbush Securities, a top investment firm, predicts a 20 percent boost in tech share values this year alone, directly as a result of job cuts.

Les Leopold, executive director of the Labor Institute in New York, wrote in an op-ed in the Los Angeles Times about the "long-term social devastation" that arises from mass layoffs, citing research about worsened health impacts, psychological trauma, and even an increase in suicides.

For decades, Americans have been sold the lie that stock values are an indicator of economic wellness. The popular syndicated radio program Marketplace every day dutifully airs the values of the Dow Jones, the Nasdaq, and the S&P 500 indexes down to the fraction, and plays correspondingly happy, sad, or ambivalent music. The music makes it clear that society ought to celebrate when numbers are higher than the day before, and mourn when the numbers fall. In other words, Marketplace is indirectly urging us to be happy about thousands of people losing their livelihoods.

There is a high likelihood that some people among the tens of thousands who are losing their jobs in the tech sector will kill themselves in response.

But we are supposed to celebrate because stock values are rising.

Among those whose future is now suddenly tenuous are untold numbers of immigrant workers, lured to the U.S. by tech companies on H-1B visas. We don't know how many foreign workers are impacted because, according to the New York Times, "employers have not disclosed how many workers on temporary visas have been let go."

Asians, and Indians in particular, are disproportionately part of the tech workforce in California's Silicon Valley. According to the Silicon Valley Institute for Regional Studies, an analysis of the latest U.S. census numbers finds that Indian nationals comprise more than one-quarter of all college-educated residents of Santa Clara and San Mateo counties who are employed by technology firms.

Their immigration status is tied to their jobs by the H-1B visas on which they likely arrived in the nation. Now, if they are among the unlucky ones facing unemployment, they have only two months to find new employment-or risk overstaying their visas.

What does the American economic punditry have to say in response to the social devastation of mass layoffs? One Harvard Business Review writer advises newly unemployed tech workers to "reconfigure your mindset," and create a "job-hunting schedule." Perhaps there should have been one more suggestion: "try not to kill yourself as you face the grim prospect of leaving a country you think of as home."

Another adviser, also writing in Harvard Business Review, offers ways of "managing your emotions after being laid off," which includes the suggestion: "consider starting a side hustle."

But only a few months ago, Americans were being told that the "labor market" was "tight," or "hot" (which is economist-speak for plentiful jobs and not enough workers), as well being warned that inflation could result. There was rampant speculation that this meant workers had more leverage and that they could use it to bargain for higher wages. Now, with massive layoffs in at least one major industry-technology-which is seen as central to the economy as a whole, will the labor market "cool"? It's hard to say. Workers are expected to live (or die) at the whim of the market.

If the purpose of an economic system is to ensure the well-being of the people within that system, then the U.S. economy appears to be doing the opposite, lamenting worker leverage and wage growth, and celebrating layoffs. In other words, the values of our economic system are antithetical to human well-being.

We don't have to accept such a dehumanizing economy.

Congress could pass a bill eliminating per-country limits on employment-based visas and other obstacles for permanent residency applications so that foreign workers whose lives are upended by a fickle economy have leverage to remain in the U.S. if they wish.

We could do what people in other countries do. For example, in France, more than a million people are on strike to protest the government's proposal to raise the retirement age. They have brought the country to a complete standstill, making it clear that the economy works for them, not the other way around.

Similarly, in Spain, striking taxi workers are making it clear that there will be no business as usual if their well-being is eroded. In the UK, where a new conservative government is trying to dilute the power of workers to strike, thousands of people marched in protest under the banner of "Enough Is Enough."

Replicating this in the U.S. means increasing union membership dramatically. The U.S. Bureau of Labor Statistics released a recent report finding that in spite of strong union activity in the past year, and a pro-labor president, unionization levels fell to a record low, largely because most new jobs being added are nonunion. Greater levels of union membership would mean greater job security and greater pressure on the economy to ensure worker rights.

Another option, especially to counter massive layoffs, is to demand that the government step in to employ the jobless. A new campaign led by 10 economic justice organizations called Full Employment for All calls for a "targeted federal program for subsidized employment" that "could create jobs and economic growth."

The campaign is inspired by the ideas of Rev. Dr. Martin Luther King Jr., who gave his famous "I Have a Dream" speech 60 years ago this year at the March on Washington for Jobs and Freedom. Note that the word "jobs" came before "freedom" in the title of the march. The demands of the march included "[a] massive federal program to train and place all unemployed workers-Negro and white-on meaningful and dignified jobs at decent wages."

We don't have to accept layoffs as the price of economic growth. Instead of "reconfiguring our mindset" in searching for new jobs, we could demand a new economy that works for us.

(The writer Sonali Kolhatkar is an award-winning multimedia journalist. She is the founder, host, and executive producer of "Rising Up With Sonali," a weekly television and radio show that airs on Free Speech TV and Pacifica stations. Her forthcoming book is Rising Up: The Power of Narrative in Pursuing Racial Justice (City Lights Books, 2023). She is a writing fellow for the Economy for All project at the Independent Media Institute and the racial justice and civil liberties editor at Yes! Magazine. She serves as the co-director of the nonprofit solidarity organization the Afghan Women's Mission and is a co-author of Bleeding Afghanistan. She also sits on the board of directors of Justice Action Center, an immigrant rights organization).

This article was produced by Economy for All, a project of the Independent Media Institute.

To boost tourist spending, Philippines to refund VAT starting in 2024

MANILA, Philippines: In an effort to attract more tourists, President Ferdinand Marcos has approved a value-added tax refund program for ...